I played Chapter 12. Man, I’m on top of things!  I was a month behind on Major Fuzzikins.

Immediately, I’m supposed to go someplace “private” to talk to our friend Valkorion.  Uh… he’s in my head. Why exactly do I have to wander the wilderness for this? I could just take him to my personal commander office/bedroom or even the john – I mean “fresher” – if privacy is a thing.  He’s never before worried about others being around when he annoyingly yabbers in my ear. 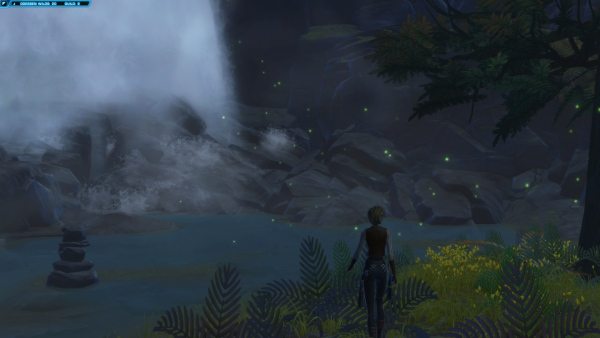 And then, for the rest of the chapter, I’m still alone, even after the private moment has passed.  Let me get this straight… I’m supposed to recruit and recruit and recruit, just so in this chapter I can have zero companions to help me out. Instead, I get a magical backpack. 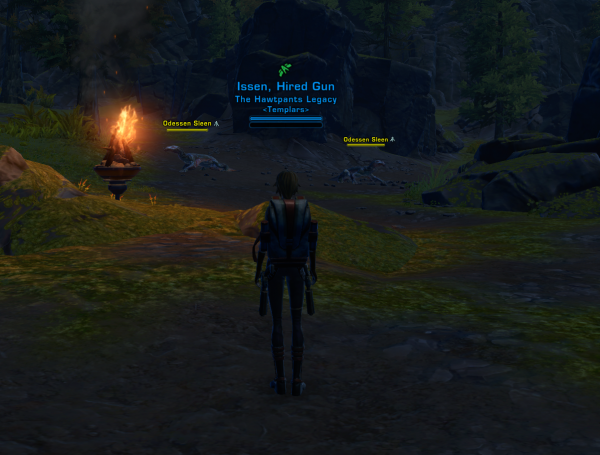 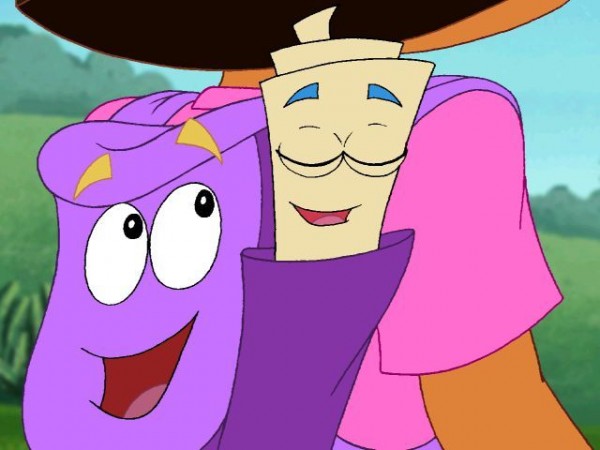 My impressions of this chapter are clouded by the extreme difficulty I had in clicking all the things I had to click.  I mean, they were damn twitchy and you had to be standing in the right spot, or they wouldn’t be clickable at all.

However, I love the cairns that let you leap from place to place.  There are often times when I am frustrated by having to follow the road around a canyon or snaking up to the top of the hill, and these shortcuts were wonderful.  And they don’t depend on my deficient jumping skill.  More please.

Not much to say about Satele and Marr who are getting their scout merit badges in the wilderness.  They kept whining about the force. 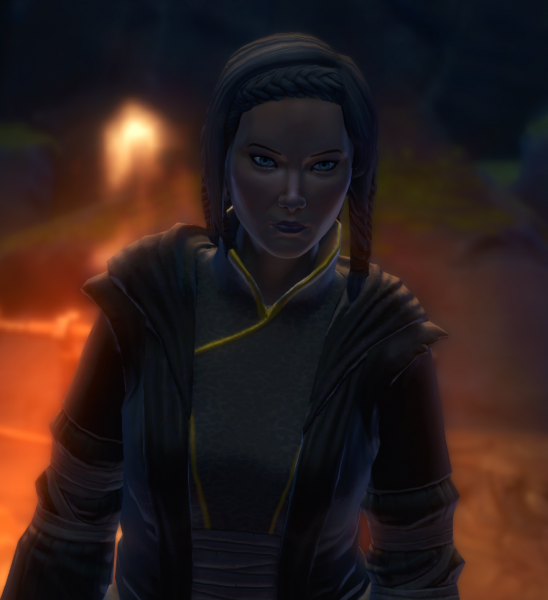 Well, I’m not a force user, so whoop dee.  Like Shintar said, this story seems disconnected from non-force-users at this point.  I made a force… gun?  Seems weird to use magic at an altar for a pew pew blaster. 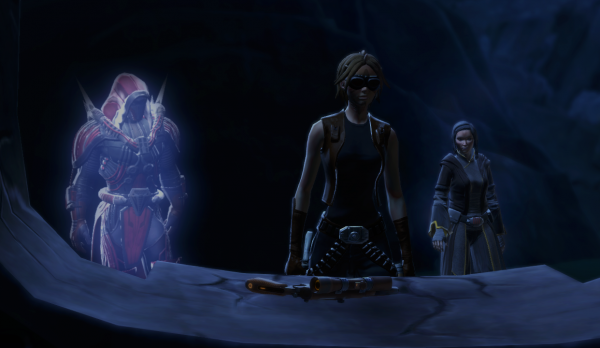 What I really wanted to hear about was what the two of them have been doing this whole time in the woods.  I smell a scandalous affair.  This is why I did not flirt with Satele when presented with the opportunity. 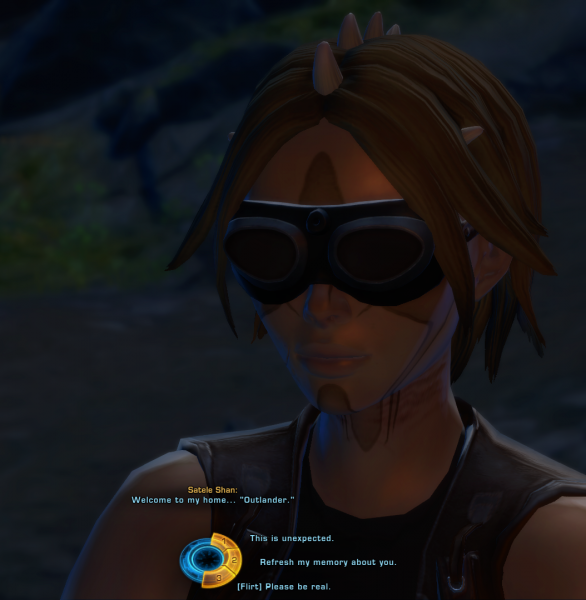 Do I want ghost-Marr haunting my base in revenge? I think not.

But, you ask, what about my Romance with Koth? Will he? Won’t he? Does he ever wear those damn goggles? Stay tuned!