So, Bowdaar wants to have a chat.  It goes something like this. 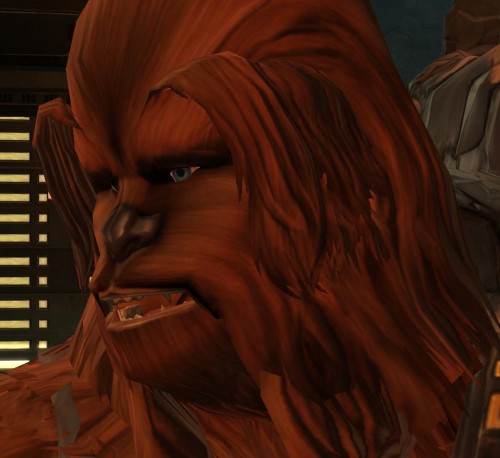 Bowdaar: Did you know I was a slave?

Me: Yeah, I have a passing familiarity with it considering I rescued you from slavery.

Bowdaar: Being a slave sucked.

Me: Yeah, I kinda got that.

Bowdaar: Not being a slave anymore, it rules.  So thanks.

Bowdaar: I have been thinking a lot about my home…

Bowdaar: Well, I was taken away from it by slavers when I was young.  Did I mention that I was enslaved?

Me: Yeah, that may have come up in conversation once or twice.

Bowdaar: It really sucked.  Did you know that slaves have like NO freedom.

Me: That’s the definition of sla-

Bowdaar: But now I have freedom and it rules.  So thanks. 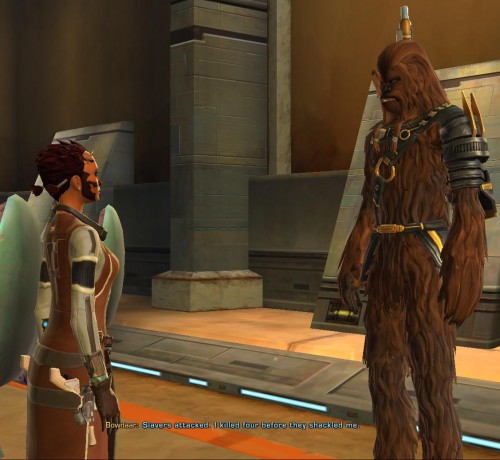 Bowdaar: Yeah cause they skin us and wear our pelts.

Me: Wow, that sucks.

Bowdaar: Yeah it sucks almost as much as being a slave.  You know, I was a slave.

Bowdaar: Yeah for a really long time. It really sucked.