You just looked at the title and said “what the fuck is she talking about?” didn’t you?  Let me explain.

In the standard array of hairdos, there are many hairdos that simply variants of a base hairdo to which additions are grafted to create 3 or 4 versions.

For example, Elara’s hairdo, the standard bun, has 3 variants.  There’s also a “larger” bun and then a bun with a little hair spilling out the top.  Same base hairdo, different variants.

Some variants work better than others.  The Elara bun works pretty well.  However, there are some others that just look cheap or sloppy because they took the base hairdo as a shortcut, and the base hairdo is completely inappropriate for those purposes. 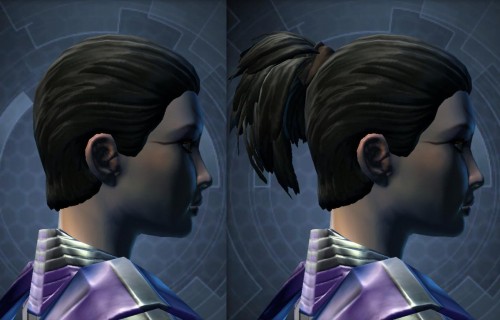 Then we add a ponytail to it, and shit goes off the rails.  The hairs are all facing the wrong way!  They are supposed to be gathered up, facing toward the base of the tail.  Instead, they are still slicked back, forehead to nape.  The nape of the neck still has a weird ridge, making it obvious that the hair is not swept UP from there into the ponytail like it should be. 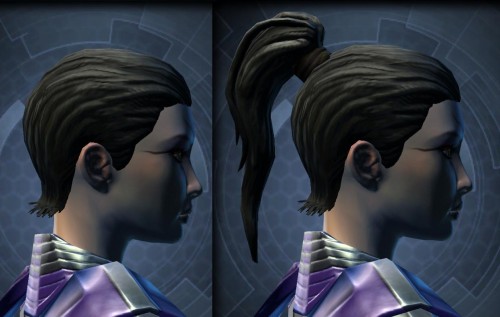 I just cannot pick a hairdo like that, no matter how cute it looks from afar, because the shortcuts and lack of attention to detail bother me too much.  It’s a sloppy graft of one hairdo onto another that does not stand up to marginally close scrutiny.

Now, let’s look at the new hairdos.  While I might think that some are stupid-looking, they also have some serious attention to detail.  Observe, for example, on the big elaborate bun plus braid: the hairs all face the right way, the braid’s start at the nape of the neck is elegant and seamless, and the hairline is damn near perfect. 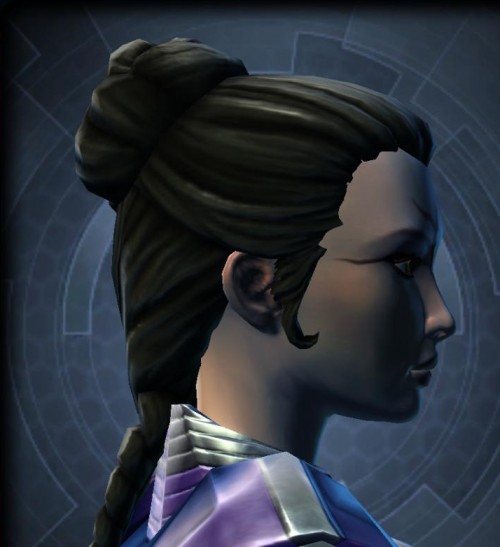 I don’t really have a point to this observation.  So far, I really like the quality of the new hairdos but it sucks that we have to pay to unlock them.