I was a little bummed that being gray (i.e. not “light side” or “dark side” but rather somewhere in the middle) had no super duper gear choices like full-light or full-dark. 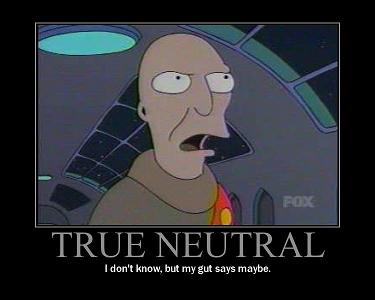 But then I realized that for non-min-max purposes, gray was awesome.

(1) Every choice is a choice

If my character is really goody-goody, chances are I will pick the light side option most of the time because that’s what a goody-goody character would do, end of story.  Vice versa for being totally evil.  But if my character is truly neutral, every choice, every single one, could go either way, and I get to sit there and debate with myself what to do.  I love that.

I took up diplomacy.  Some people use it to grind light side or dark side points, depending on their preferences.  I use it for money.  That’s right, I’m a smuggler, dammit, and light and dark make no difference to me.  I choose the mission based on the profit.

I would be so super-pissed if I saw a diplomacy mission with a rich payout but was light side and didn’t want to take the dark side hit (or vice versa).  As a gray, whatever, money is money. 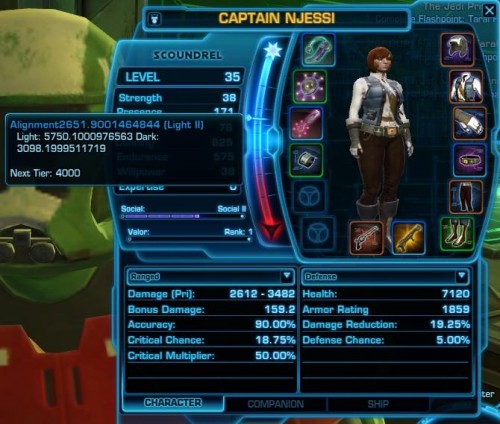 Jedi are totally different. Jedi aren’t influenced by money.  However, it’s awfully easy to get dark side points just making choices that a normal person might make.  Failure to tattle to the council? Dark side. Covering for a friend? Dark side. 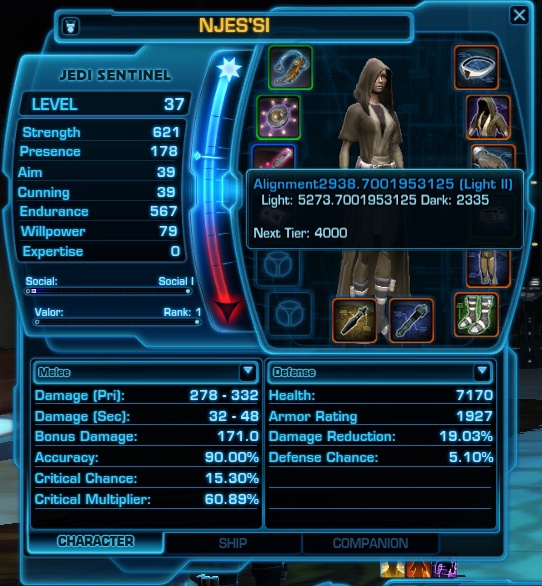