Just to get this out of the way… this does NOT give away any beta information.  It’s just a commentary on my own inability to handle character creation in any game in a calm manner.

I do not want to look like everyone else…

When Blood Elves were introduced in WoW, there was a totally pretty new hairdo, the “Raquel.”  Of course, I saw a ton of blood elves with that same hairdo within the first week.  It was pretty uniform and pretty lame.  I was pretty happy I had not picked that hairdo, despite how much I liked it.

What might be the thing you objectively like the best may be the most cookie cutter of them all… be it race or options within that race.

Now, if only there were a list ahead of time for what to avoid, without having to roll a toon, see the same thing over and over, and then reroll.  In a game that I’m familiar with (WoW) by now I know exactly what to avoid.  That doesn’t help me with a first toon in a new game.

I also want a character with… character…

What do I mean by this?  Well… I don’t want an ordinary character or, worse, one excessively attractive. It’s so tempting to make a character that is perfect. 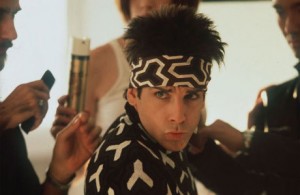 In SWG, there was a slider for weight.  You could be as fat as you wanted.  There was also a boob slider, and you could be as busty as you wanted.  I cannot even TELL you how many “girls” tried to be “excessively pretty” by going minimum weight and maximum boob1, or boys who tried to go “buff-o-riffic” with max muscles and minimum fat.2  And who had freckles?  Right, nobody.  The unibrow option was similarly unused.

Scars, tattoos, whatever… my character needs some grit, not to be a blemish-free teen.  Also, I will not be a human ever again in any game, ever.  HELLO!  I’m a human IRL.

But I choose conservatively when options cannot be changed later…

A spiky hairdo might feel badass for a week, and then you’ll get bored with it.  Bright pink skin might be awesome, until you discover it looks like crap with half the outfits out there.

In SWG, since I was an image designer, I tried on all sorts of crazy looks that didn’t “stand the test of time” because I knew that I could just change my skin to match my clothes, rather than my clothes to go with my skin.  Although when first picking my character, before getting master image designer, I picked a boring tan skin color for my Twi’lek because I knew it wouldn’t look hideous with anything.

In WoW (pre-barber shop) I spent a hell of a lot of time picking things like skin tone and hairdo… not necessarily for the one I liked best, but the one that was least likely to piss me off down the road (i.e. I would pass over a hairdo I liked if I thought it might clip with my clothes). 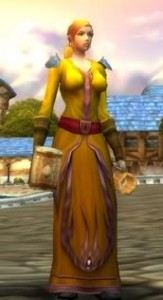 This is my first wow toon.  A human.  No facial piercings, bland and pretty.  I eventually grew so bored with the blandness, but at least I wasn’t stuck with a toon that I just hated.

And I don’t want to be unhappy with my character

The last thing I need is to reroll just because I cannot stand to LOOK at my toon.  Which, yes, I have done that.  Face it, if you get too far outside your comfort zone, you just won’t connect with your character.

This was my tailor on test center in SWG (sorry for the small pic size).  This was my first and only Zabrak.  I just could NOT get over the receding hairline look for every damn hairdo.  I really tried. 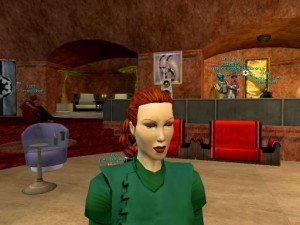 This is my human in SWG.  I convinced myself that I needed my combat toon to be a human for the superior racials.  But she just looked weird, no matter what I did. 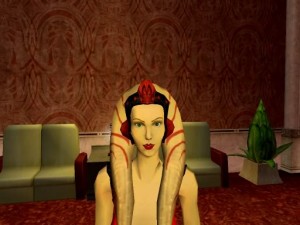 And this, of course was my Twi’lek in SWG.  When I think of my time in SWG, this was “me.”  And the others just could not replace the one that was “me” regardless of my need for better racials (human) or a less popular race for females (zabrak).

I’ll be right behind you.  By a few hours or days.  Agonizing over the character creation screen.